How do i make the box of beta hats interactable? (AS2, Houdini)

Well basically i got the beta swf and designed and edited it to my cpps. But the box of hats does not pop up with the “would you like to take this item” prompt. It is a dead object, any help?

First you need decompile swf file
and go to “Actions” in Flash
Make a trigger on triggers_mc
trigger name : item_mc
so you should put this on Actions

I am still having a little trouble. What is your discord or twitter? (i decompiled swf, opened in flash cs6, went to actions and put it in but i do not now where in actions or which script to put it in 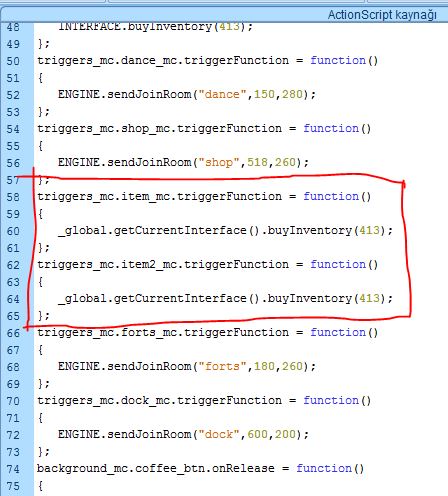 He is butthurt because his daddy ran off to isis when he was 7 and got killed by an American soldier whilst having a dump.